Students of the University of Calabar in collaboration with the students of the Cross River University of Technology (Crutech) Lead a protest in Calabar today 19th of October for the reopening of schools which gave been shut down for 7 months now due to the Covid 19 outbreak. 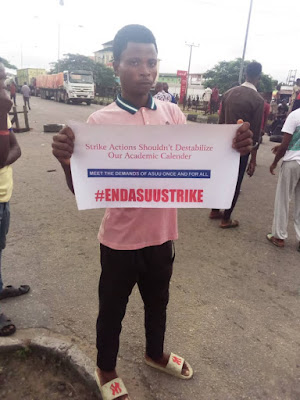 The federal government had recently ordered the reopening of all schools in the federation but the ongoing Asuu Strike has prevented Full resumption of Public institutions, the only private University in the state, Arthur Jarvis University had since resumed on the 2nd of October. 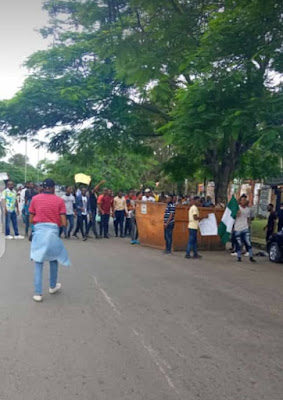 The protest led by the student Union government Presidents of the two insitutions kicked off at University of Calabar main gate with students carrying placads with #Endasuustrike hashtags, the placads as shown in the image above also carries statements like “Buhari we want to go to school“, “Asuu we are growing old”  they matched all the way to the Governor’s office and also blocked Effio Ette junction, Mobil and some other major roads in Calabar. The protest also included the #Endsars Protest and the protest for the appointment of a new chief judge in Cross River State, the seat has been vacant for a while now.
Unical SUG Presidential aspirants Ayeni Success Smart and Ugah James Ugah were also spotted at the protest. 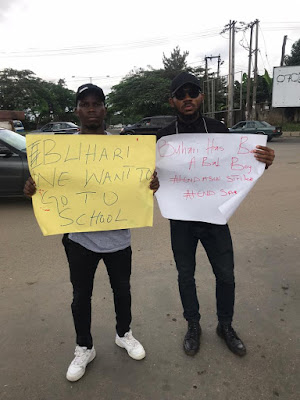 Before Now, the University of Calabar had announced the resumption of non-academic staffs currently the Ongoing Asuu strike is what is keeping students from Resuming
Previous Post