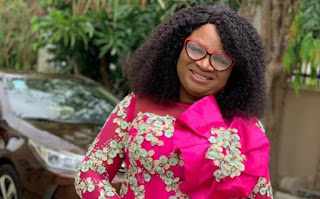 Bursar of the University of Calabar (UNICAL), Mrs. Beatrice Ifeanyi Igwe, has been honoured with the Prestigious Honorary Doctorate Degree of Science (DSc) in Financial Management and Corporate Governance.
Mrs. Igwe, among other prominent Nigerians was honoured by the European-American University (EAU), Commonwealth of Dominica, for the efficient application of accounting principles, procedures and practices in the University of Calabar.

The Bursar’s achievements include increase in the University’s Internally Generated Revenue (IGR) which led to the total transformation of the Bursary Department with transparency and accountability.

She was recognised for her diligence, dedication, commitment, experience, capacity building, integrity and humility which saw her rise to the peak of the her career with the appointment as the Substantive Bursar of UNICAL, till date

Mrs. Igwe began her career in 1991 at the Bursary Department of the then Polytechnic, Calabar (PolyCal) and joined the University of Calabar as Senior Accountant, later.

Presenting an address at the award ceremony, the President, European-American University, Prof. John Kersey, said the EAU is a dynamic institution which enrolled its first students in 2001 and since then has helped hundreds of graduates improve their life chances and gain academic recognitions for their achievements.

He said the conferment of these degrees and awards is only for those who have distinguished themselves in their chosen careers and should be seen as award of excellence.

Speaking, the awardee, Mrs. Igwe said by her hardwork and commitment, she has been able by the grace of God to achieve great strides in her chosen career.

She expressed thanks to the University of Calabar for the support and the opportunity given her to serve.