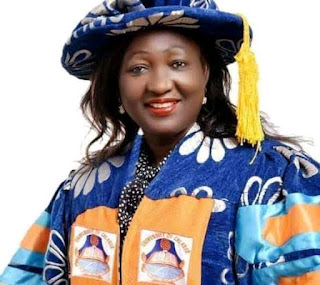 After hours of jostling, the governing council of the University of calabar led by senator Nkechi Nwaogu, finally decided the 11th vice Chancellor of the University of calabar which is Professor (Mrs) Florence banku obi
The screening which was held at the Unical hotel conference centre lasted for about 10 hours expanding from 10am to 8pm and  a total of 13 aspirants were screened.
The major contenders for the seat of the vice Chancellor included Professor Joseph Asor, Professor Florence banku obi, professor offiong E. Offiong and professor Andem ayara. 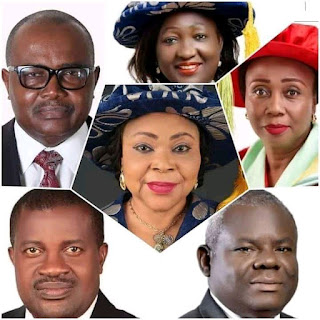 Professor zana Akpagu who came into office in November 2015 would be handing over to professor Florence obi later in November. After five years of professor zana Akpagu’s administration he is tagged as the best vice Chancellor in the history of the  University of calabar.
Professor Florence Banku Obi  Florence Banku-Obi, the former Deputy Vice-chancellor (Academic) is a mother of four and grandmother of six from Bansan Osokom, Boki Local Government Area of Cross River State, whose successful academic voyage began at the University of Calabar in March 1990 (30 years ago)
She has been a Professor of Special Needs Education for 13 years. She has made a record as she becomes the first ever female vice Chancellor of the University of calabar and one of the few female vice Chancellors in Nigeria.

WHEN WOULD PROFESSOR FLORENCE OBI BE SWORN INTO OFFICE?

Professor Mrs Florence Banku obi would be sworn into office on the 1st of December 2020, she would be taking over from Professor Zana itiunbe Akpagu