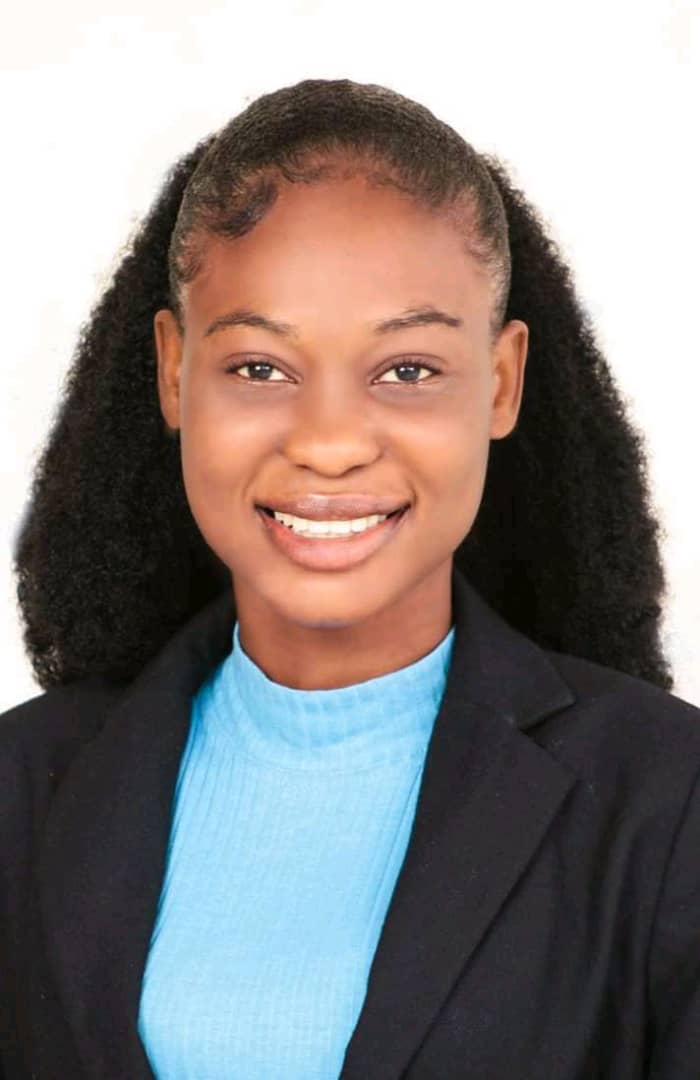 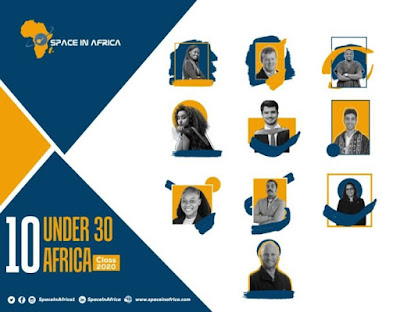 The Space in Africa organization has just listed the Top 10 Contributors to the African Space industry that are under 30 years old. The Africa space industry is enjoying great contributions from young innovators, engineers, entrepreneurs, teachers and enthusiasts in other parts of the industry. 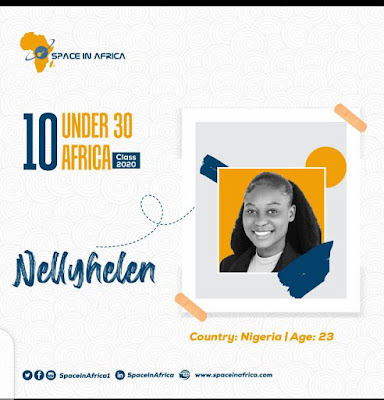 In 2019, the first made the Top 10 under 30 list to recognize the contributions of the sectors top 10 young contributors who are in their youth. The list for class of 2020 has been released, after receiving 100 entries and 31 unique nominations, the list of 10 young persons released also includes Nelly Helen Ebruka, a 500 level student of the faculty of law in the University of Calabar , she is also the only Nigerian in the list. 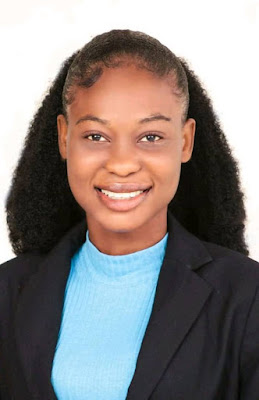 Nelly is a final year law student of the University of Calabar, serving currently as the president of the impact leaders club , university of Calabar chapter. She is a space enthusiast and young student leader interested in the legal aspect of space exploration and African youth participation in leadership.

Nelly lead the team that represented Africa at the manfred lachs space law competition at NASA headquarters in Washington DC which they emerged first runners up, she also coached the Unical space law team that emerged first runners up at the Manfred lachs space law moot Court African regional competition earlier in July.
Nelly who already has a diploma in law from the University of Calabar emerged as one of top students to graduate with a distinction after the course period in 2016, she has always been an exceptional student and has participated in a number of competitions within and outside the school.
She is also the president of the impact leaders club university of Calabar, together with her team she  recently organised a pan African online webinar, the first of its kind with the participation of 60 universities across no less than 20 African countries.

Below is a break down of all her activities and achievements 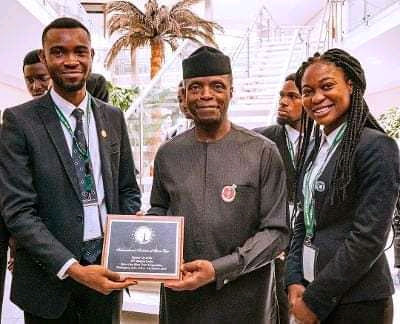 Team Lead- 8th Regional rounds of the Manfred Lachs Space law Competition, that held in Pretoria , south Africa.
She has been an active student leader and volunteer for different student bodies for the past five years and has represented the University of Calabar in a number of competitions and conferences.
Notably, As a student leader she has previously served as the;
National financial secretary of the law student association of Nigeria.
Founding National president of the Female Law students forum, Nigeria. An association dedicated to child rights advocacy and collaborations among female law students.  The female law students forum university of Calabar is recognized as the birth chapter of various female law students forum in other reputable universities, including the Ahmadu Bello university, the University of Jos, University of Maidugri, etc.
The Pioneer President of the International Law student Association(ILSA), University of Calabar, chapter. ILSA is a globally recognized student organisation that is committed to the promoting the study of international law and encourage collaborations among law students and young lawyers world wide. As president, together with her team, they organised the first international law moots in the university of Calabar, exposing students to a simulation of law practice as done in the International courts of justice, a step further from the norms of conventional practice as often done in the faculty of law, university of Calabar.
Nelly also served as the founding chairperson of the university’s space law club, organised a pre-rounds moots that selected students who represented the University in the 9th African regional rounds of the Manfred Lachs Space law competition.and emerged best participating university in Nigeria and second in Africa.

Solicitor General of the student union government, university of Calabar in 2019

In May 2019, Nelly helen, Ushie Augustine and Kaunda john represented , the university of Calabar at the MLSC at the department of trade and industry.Team unical won the competition after facing other prestigious schools in Africa such as the University of Makerere, Uganda ,University of Pretoria and the Niger-delta university.

Nelly won the award of best Oralist for the African rounds a feat her colleague ( Ushie Augustine) repeated at the world finals. They further represented Africa at the global finals of the competition and came second place.
Fully sponsored Attendee (Among the three Nigerian Students Selected ) for the Legal Ethics Training Programme for law students and young lawyers in Africa organised by the African centre for law and ethics , white and case and the Fordham law school which held in Kigali Rwanda, July 2019.
Award of Best Student, Cross River State, by the Campus Achievers Team.
Nelly attended and presented a paper at the last African Space leadership conference that held in December last year in Addis Ababa , Ethiopia as a Scholarship Awardee of the African Union and was a member of the African space youth Forum for the conference.

Nelly was among the 4 Member Winning Team(Unical) of the Justice Conrad National Moot Competition in 2018, where the University of Calabar emerged as National Moot champions for the year under the law students association of Nigeria.

Team, member- NDDC regional moot competition which held in River state Univeristy , Nigeria.
Award of Senior Advocate of the moot and mock society, University of Calabar.
she was One of the three Delegates (Including Ushie Augustine and Etaba Agbor) that represented the South –south Region of Nigeria for a courtesy visit to the vice president of Nigeria, and the Attorney general of the federation in January 2020
Nelly hails from Ikom local government area in Cross River state, she loves travelling, star gazing and playing the guitar. She believes in hard work and the pursuit of passion irrespective of the person’s background. She’s currently an elected prospective member of the international institute of space law and is promoting space education and space awareness in Nigeria and Africa , through the Learn Space foundation and space hubs Africa. she has been making the university proud over the last few years and she is worthy commendation