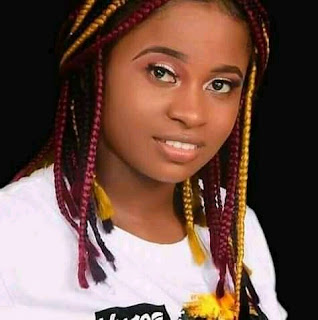 A 100 level Student of the University of calabar  Commited suicide  a few days ago after being defrauded of the sum of 100,000 naira, this sum is said to be her school fees.
Her name is Bako Veronica,s is 18 years old and she is a year one student in the department of History and International Relations in the University of Calabar. Veronica bako hails from kastina ala in benue state.
Reports reaching Unical Matters, from  investigations, Veronica woke up yesterday morning and came  online and someone chatted her up about an online investment where she would get double of whatever she invests in the platform after much persuadence she decided to make a transfer of 100,000 naira which was reserved for her  school fees  and other school charges that she was yet to pay before the outbreak of the  pandemic, she later  discovered that the scheme she invested in was fake which made her to be restless.
Arround 10AM in the morning  her sisters in the house noticed she wasn’t alright they asked what is bothering her but she pretended she was okay.
Later on her mum sent her to the market to buy some items for her after drafted the market list, Veronica said she wanted to take her bath before going, so on reaching the bathroom, she gulped down sniper.
While her relatives were inside the room, she stumbled and fell outside the bathroom, one of the neighbors who saw her on the ground raised an alarm, her parents and siblings hurriedly went outside only to find their daughter struggling on the ground after they asked her what the problem was , she managed to say that she took sniper.
She was rushed to the hospital but she later died.
Before Veronica passed on, she left a text to the fraudster saying  that if she dies, her blood is on the his/her head.
Meanwhile her friends and we’ll we’ll s have taken up to social media to mourn her demise see screenshots below 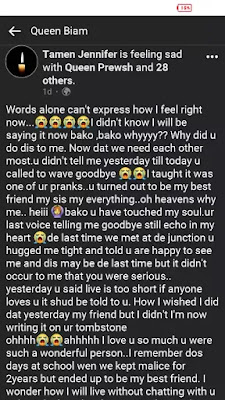 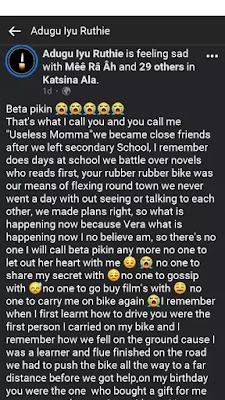 Her burial is slated to hold on Tuesday, August 11 at her hometown, Abaver, Katsina Ala in Benue State.
Unical Matters uses this opportunity to advise every student out there that suicide can never be a solution, a problem shared is half solved speak to someone about what is bothering you, don’t die in silence.
#saynotosuicide