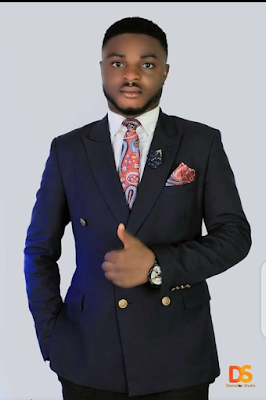 Unical SUG presidential candidate Ayeni Success Smart appreciates the Vice Chancellor of the University of calabar for approval of land for building of the first ever NANS Secretariat.
This was approved a few days ago after the chairman of the National association Nigerian Students Joint campus committee Cross River State, Amb. Mbang confidence requested a land in unical from the Vice Chancellor for building of NANS Secretariat while also presenting him an award of “Credence of Selfless Service for his outstanding performances and exceptional commitment to students welfare”.

Ayeni success smart speaking to Unical matters in an interview disclosed that it is a clear indication of quality Leadership by the vice Chancellor and it is a clear show that Professor Zana indeed hearts the youths.
The SUG presidential candidate, Ayeni success smart who described professor Zana Akpagu as an award winning and innovative leader used the opportunity to call other person’s in the corridor of power to emulate same by considering the future of the youths and bringing them more closer to learn quality Leadership, Ayeni also stated that there would be a great opportunity for interface with their respresentative s one on one if the Secretariat is built, this is because the chairman would be an office where the students would be able to visit and lay their complains.
Ayeni also called on all stakeholders of NANS to join Hands  with the chairman of NANS JCCF to see that the building of the Secretariat becomes a reality.
He stated categorically that he had no doubt in the leadership quality and ability of the Vice Chancellor and the NANS JCCF chairman and he is believing that the Secretariat would be a reality, he also used the opportunity to call on other students representatives to follow suit considering the interest of the students above their personal gain .

According to the SUG presidential candidate, the essence of the students bodies is to put the students first which the NANS JCCF is doing, he reminded us that sometime ago the NANS chairman had a security summit at transcorp hotels, calabar when there was rampant cultists activities in calabar, that was a commendable move which was helpful  in passing a message to our leaders that the youths have better future than indulging in activities that would be unprofitable to their future.
He also commended the incumbent Unical SUG president senator Moses Derek for his efforts in making the NANS Secretariat in unical a reality.
Ayeni has also called on those in the corridor of power to support the building of the Secretariat financially and otherwise.
Ayeni success smart disclosed this in an interview at his private library at his residence.
DISCLAIMER
This post is a sponsored post and does not involve any form of support or endorsement of any Candidate by Unical Matters. To create your own sponsored post like this on our platform you can email us at Unicalmatters@gmail.com