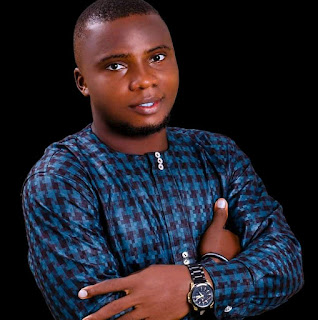 The University of Calabar in Cross River State has been thrown into mourning again as another of it’s Student has died in a fire accident on his birthday.

Mr. Mathias Nyong, a 300 level class representative of the department of Economics, faculty of Social Sciences in University of Calabar, calabar, Cross River State got gutted by fire last night at his family house in Cross River State.
It’s alleged that, Mr. Mathias turned +1 yesterday, his younger brother and dad all died in the incident with the only survivors being his mother who was not in at the time of the incident and sister who was fast enough to run out. 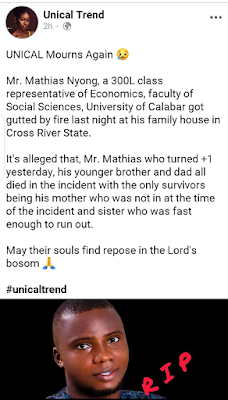 Mathias nyong  is the second unical student to die in less than a month now, after miss Veronica recently committed suicide after being defrauded of 100,000 naira which was means to be her school fees.
Sadfully, the last post on Mathias Facebook account happens to be his birthday post, friends and loved ones have taken upto social media to mourn his demise as shown in the screenshots below. 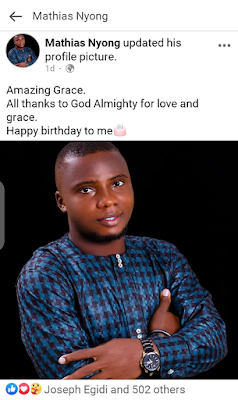