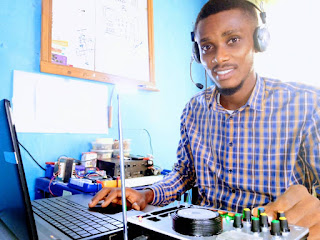 Magnus Emenuga, a 400 level student of the department of  mechanical engineering, University of calabar has developed an FM radio transmitter with 3 channel mixer.
Magnus who specializes in development of Mechatronics Systems has been making lots of innovation in the world of technology for over 6 years and studying in the university of calabar studying provided a perfect guide for Magnus who has always had the passion even before he gained admission 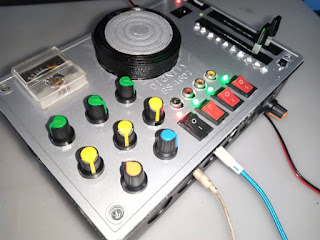 Magnus recently developed an FM radio transmitter, which comes with a 3 CHANNEL AUDIO MIXER, which can broadcast ones voice to air.
The main aim is to develop a perfect radio transmission network for Malabor radio, a campus radio network in the university of Calabar, With the support of an antenna the radio transmitter developed by Magnus can go as far as one kilometer which would be covering the whole of the University of calabar and it’s sorounding.

The inverter System is a device that convert a direct current DC voltage to and alternating  current AC
In his Development, he used a simple 12 v DC voltage battery  to generate 220 AC voltage, which can be used to power television and other home gadget
The project simply explains Micheal Faraday law of electromagnetic induction, which Magnus was taught In basic and applied Electricity course in faculty of Engineering. 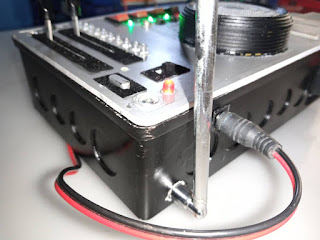 Having this concept at heart ,Magnus was able to make a simple implementation to suit the System and as well justify the law of electromagnetic induction.
The FM radio transmitter, is still under modifications, as he is still researching to increase the range through efficient antenna system, and more amplifier stages integrated.
During a test run Magnus found a frequency of 87.8, and he also did a radio show of which people where calling in, this frequency is not yet settled for as he would need to get a proper license to operate a radio station.
Below you would find a full video of how the Radio transmitter was made
Taking advantage of the closure of schools to prevent the spread of the pandemic, Magnus has completed several other systems which include:
– Inverter system
– Laboratory Power Supply
– Automatic change over system
– Audio amplifier system.