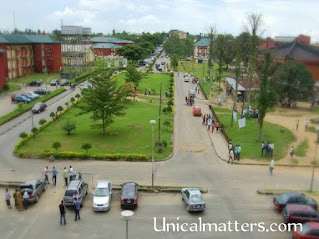 The University of calabar over last few years has grown to be one of the best Federal Universities in the country with it’s massive infrastructural development and academic excellence, over the last few years Unical has bagged Lots of National and international awards.

The current Vice Chancellor, Professor Zana Akpagu who stepped into office in December 2015 happens to be the best Vice Chancellor the University has ever produced, under his watch the University has experienced massive developments and attained certain heights, the standard of learning is been upgraded, more academic structures are sprouting up and cultists activities are kept on minimal as he has developed all hideouts into academic blocks. below we take a comprehensive look at some achievements that made me label the University as the leading 2nd generation University in Nigeria.

1. The University of Calabar was adjudged as number one university in Nigeria in participation in the review of instruments for accreditation of programmes by universities and National University Commission, NUC.

The ranking which involved one hundred (100) public and private universities in Nigeria covered the period from January 2 to March 7, 2019.

Among the criteria used in arriving at the ranking were undergraduate, postgraduate, part-time, affiliate, institutional and ODL.

2. The University of Calabar was also listed among the top ten Universities in Nigeria in Scopus research publication (2008 to 2017).

The university, which fielded students that represented the Africa continent at the International Manfred Lachs Space Law Moot Court Competition also emerged runner up in the competition.

4. Months back the University of Calabar malabites defeated UAM 5-4 after a penalty kicks shootout, following a 1-1 draw, to win the 2019 Higher Institutions Football League (HIFL).

5. The University of Calabar was one of the foremost Nigerian Universities to automate students’ registration processes through the College Portal, and has taken a step further to automate her alumni relations which includes an online transcript request and processing first of its kind in the country. Unical is also leading ICT as it was one of the first Universities in the country to start E-voting for the students Union government Elections.

6. The Unical Vice Chancellor zana Akpagu was awarded best performing VC in Nigeria by a London based News platform “The Nigerian” and the “The Nigerian Print Journalism magazine”. 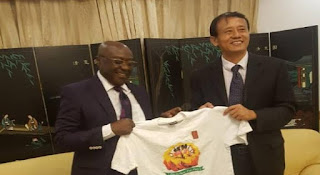 7. Prof Zana Akpagu established the Chinese language centre after his visit to the embassy of the people’s republic of China, According to him the Chinese and Nigeria are very close business partners and there is a need for Students to learn the Mandarin language, the institution remains one of the first to adapt to this, the school also introduced french language in it’s general studies and communication skills.

8. The University of calabar was the first school in Nigeria to adopt anti-corruption studies as a course, the 2 credit unit course was added into the general studies and communication skills (GSS) in 2016 to help in the fight against corruption, this act brought appreciations from president Buhari for helping in the fight against Corruption which is the primary assignment of his government.

Amongst the listed the school has also won some regional debates and other competitions. Unical indeed with the recent achievements has caved a name for themselves among the best Universities in the country.

What are you thoughts about this? Please use the comments box