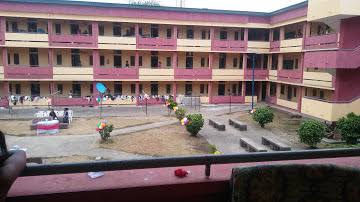 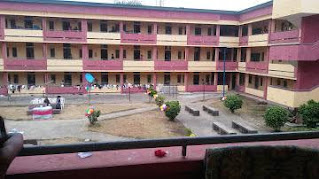 At the early hours of Friday 12th June it was reported on social media that some hoodlums broke into the University of calabar female and Male hostel and they went away with Fridges, foodstuffs and other valuable items.

The leadership of the Students’ Union Government in a delegation (President, General Secretary, Senate President and Director of Information)paid an all-important visit to the university halls of residence on Friday 12th June on account of the alleged breaking and entry, leading to theft of properties by unknown hoodlums.

The affected hostels include Hall 4, 6, and 9 of which hall 4 is Male hostel and hall 6 and 9 is female hostel.

Thorough inspection by the union officials revealed that the hoodlums ransacked some rooms for valuables including foodstuffs.

Findings also showed that the hoodlums assessed the hostels through gutters as well as damaging some of the windows. Contrary to reports circulating on social media, we found that valuables carted away from Hall 9 were mainly foodstuff as there were no major openings through which gadgets like fridge and fan might have been moved out.

While the inspection lasted, the Chief Security Officer of the University briefed the Students’ Union leaders on measures taken so far (which has made significant progress) to apprehend the hoodlums, attached to this publication are photos of the alleged hoodlums already in the custody of security operatives.

Their names as submitted:

In a recent memo from the Office of the Registrar with the reference while announcing postponement of resumption date from COVID-19, directed that adequate security be ensured on campus throughout this period.

It is on this note that the leadership of the Students’ Union Government will be having a crucial meeting with the Dean of Students next week on the current situation with a view to charting the right course forward in the best interest of Malabites and Malabresses.

All students of the university, particularly those residing in the hostels are hereby directed by this notice to remain calm as the SUG is on top of the situation.

This information was released by Maxwell Tega the SUG director of Information.