Cross River State commissioner for Tourism Eric Anderson with his Led Covid 19 taskforce team on the 16th May, 2020 at about 3.40 pm along Sen. Ewa Henshaw drive, Etta Agbor layout attacked and assaulted  the Unical SUG President Comr. Raymond Moses and his friends. It is rumored that this taskforce has been harassing innocent Cross Riverians on the streets of Calabar.
Comr. Raymond Moses who was standing outside the compound of Afufu Anthony Unical SUG president 2016/17, was accosted by the taskforce team.
SEE PHOTOS OF INJURIES SUSTAINED BELOW 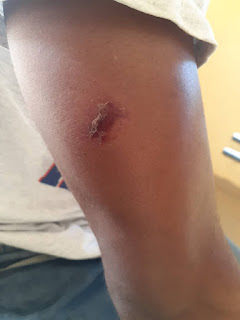 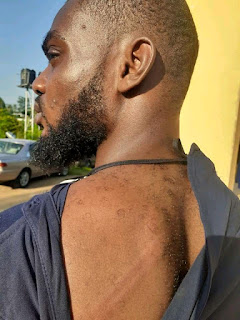 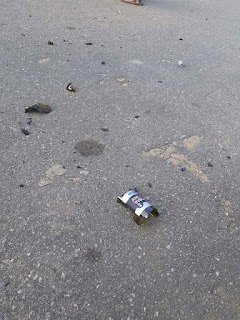 The SUG President while trying to beg that Afufu Anthony should not be unlawfully abducted because he was standing by his gate at his home received thunderous beatings. His friends who pleaded against such barbaric behaviour were also beaten and chased with bottles. Raymond  Moses, Afufu Anthony, Ojong Takon, Archibong Edet, Save-Us Okoi and others sustained serious injuries as a result of the attack by Eric Anderson and his COVID19 taskforce team.
Eric Anderson was visibly seen directing his taskforce team to assault the SUG President of Unical Comr. Raymond Moses and his friends with bottles and canes. This attack maybe due to breaking the laws of Social distance and no mask no movement policy.
As at the time of writing this report the SUG President of Unical is currently undergoing treatment in the hospital.
The necessary authorities have been contacted and formal complaints have been made.
Previous Post