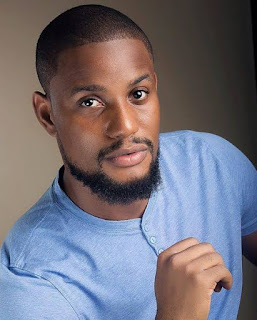 Do you know? Popular Nollywood Actor and Model Alex Ekubo was Mr. Unical 2008.
Alex Ekubo okwaraeke born on the 10th of April 1986 is a native of arochukwu in abia state, he attended federal government college daura in katsina state. He studied law at the University of calabar and later got a diploma in mass communication from the then calabar polytechnic (CRUTECH)
He First featured in a Nollywood movie in 2005 when he was handed a minor role in Lancelot oduwas’s “sinners in the house”. This was probably when  he was still a student in the University of calabar featured in a major Nollywood Movie many years later.
He has featured in several movies including some top tv shows like Tinsel, Ay’s Crib and Happy Family.
Alex Ekubo has always had the taste for Modelling as he first won the yearly Mr. Unical pageantry in 2008, he later finished as First runner up at Mr. Nigeria Contest in 2010.
He now Models for top clothing brands like Khali Kulture, Yomi casual and more.