by admin
in News
0
585
SHARES
3.3k
VIEWS
Share on FacebookShare on Twitter
The Unical anthem Online challenge organized by Ediomo isung Harmony a vice presidential Aspirant from the University of calabar in collaboration with one of unical’s biggest Blog unical Matters has just been concluded and the winners have been announced.

The Unical anthem online challenge included submission of a recorded video of Contestants singing the anthem then the video with the highest likes when posted on Facebook wins the prize, there were prizes for Top 6 winners and also special Recognition for the best song, best video/concept, best Voice and best composure.

However the unical anthem got a massive turn out as it had a total of 54 very innovative and talented Contestants, also before the  contests kicked of on the 20th of April, so many eminent persons in the University of calabar recommended the contest by dropping a demo video this person’s included all five people that composed the unical anthem in mp3 format, Egwu Daniel the 2016/17 SUG director of socials that was the brain behind everything, usang glory the lead singer at the anthem, ashiwel joseph, album surwizzy, brownson Aniebet. The current unical SUG director of Socials okeke Walter also did a demo video, some cumsa executives,some executives from Akwa ibom students Union and others.

They winners were in two categories 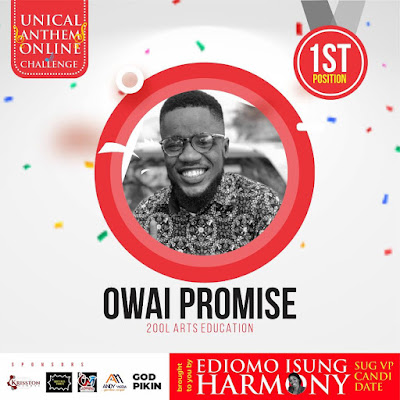 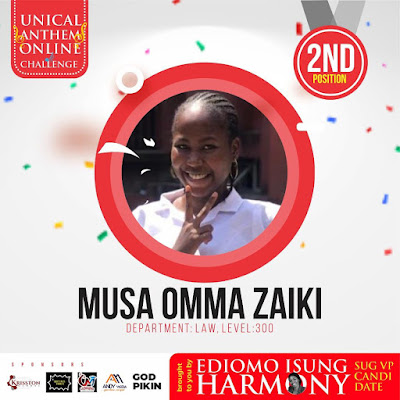 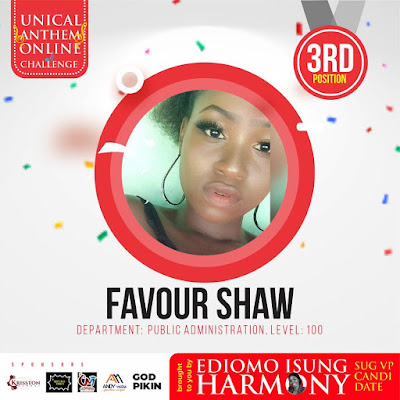 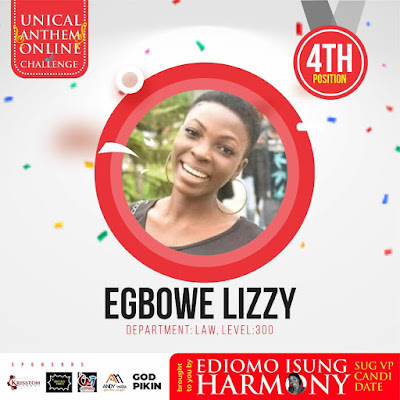 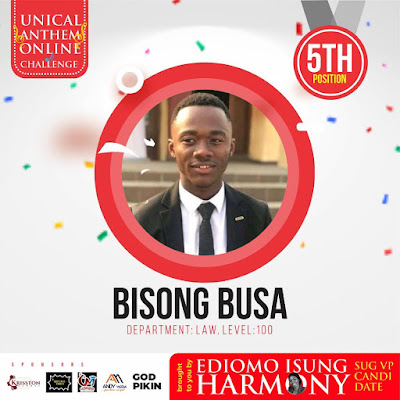 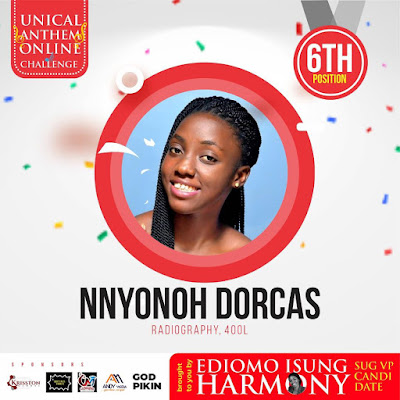 SPECIAL PERFORMANCES
Click here to watch all videos from the performances