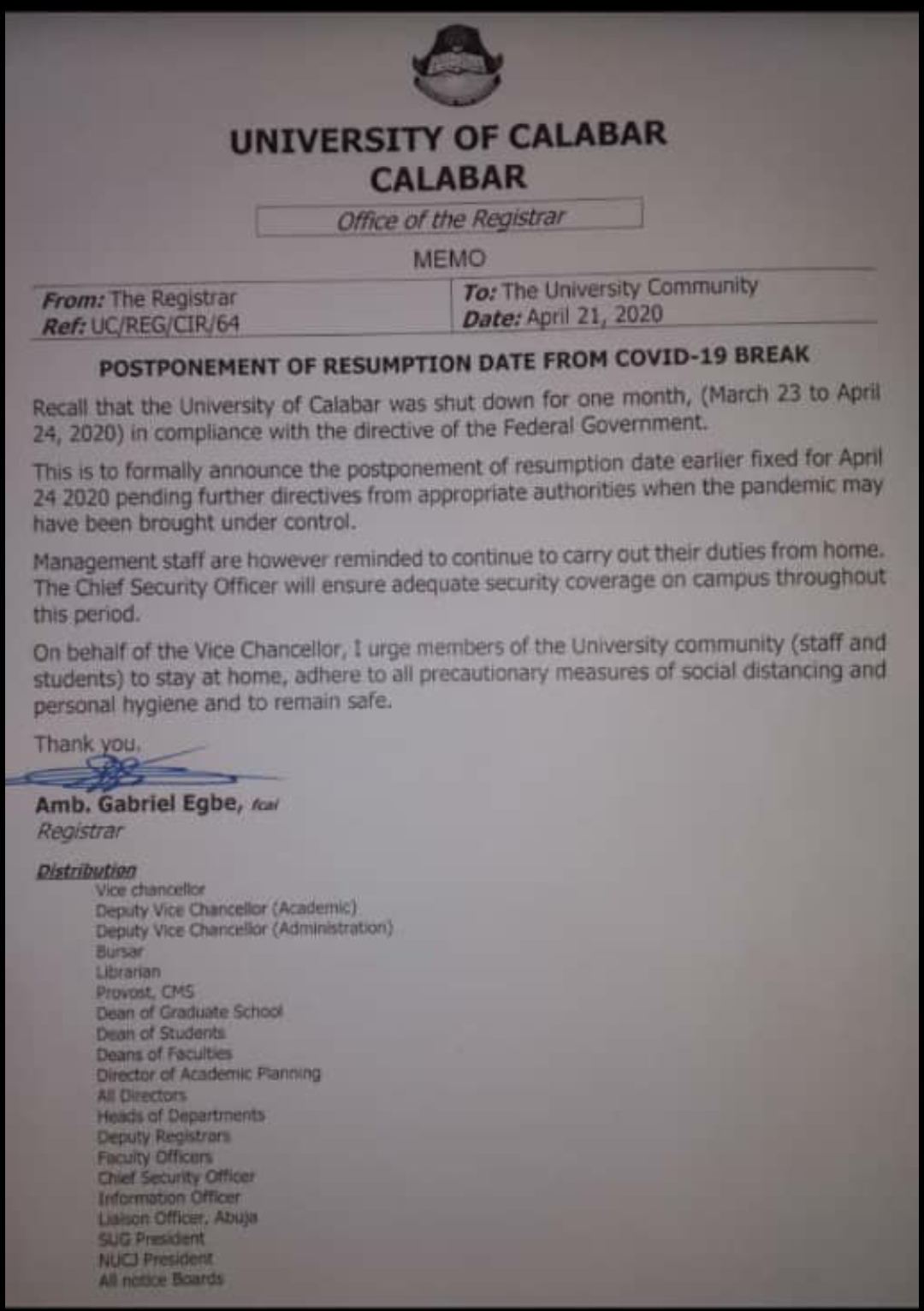 The University of calabar through the office of the registrar Amb. Gabriel Egbe have announced the indefinite postponement of the resumption date initially set for the 24th of April, 2020.
The Institution was forced to a total lockdown in March as ordered by the ministry of Education to prevent the spread of the deadly Corona Virus. All Academic activities were suspended and Hostels were equally shut down as all students on campus went back home.
However, the pandemic is spreading wider across the country as the National centre for disease control has announced a total number of 782 confirmed cases as at 11:25pm on the 21st of April Spreading across 25 states.
As there is a very little possiblity of controlling the pandemic even in the next one month, the School authorities had to postpone the resumption date indefinitely, the school’s SUG elections was also postponed Indefinitely earlier on.
Previous Post